A hero is only as good as their villainous counterpart. In the spirit of all things creepy and scary, this week we go over our Top 10 Villains. We discuss what makes these baddies great, from their story to the actor(s) who portray them. Plus Rachel gives her recap of the first ever Doctoberfest at Who North America (along with a fun interview at the end of this episode!), along with some news and some end-of-the-month housekeeping. 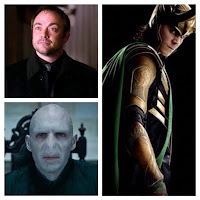 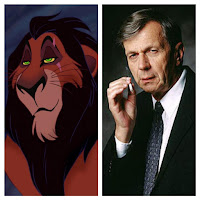 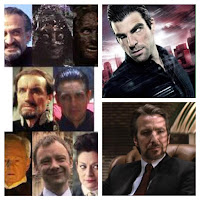 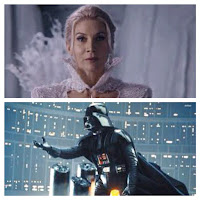 Who North America
All The Whos In Whoville
Time Lord Expo

Air date for the return of Sherlock
Doctor Who Titan comics will available in bundle format for charity
November’s photo challenge
Poll for November’s book club choice
Posted by Five(ish) Fangirls at 2:08 PM No comments:


Doctor Who has brought us decades of entertaining TV, including several spin-offs. This week we talk The Sarah Jane Adventures, Torchwood, Big Finish and the latest spin-off, Class. We give our opinion, and speculate what this mini-series might mean for the future of Doctor Who. Plus news and Chrissy gives her recap of Anime Banzai. 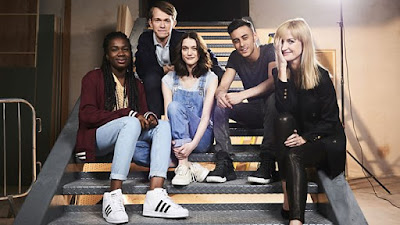 First trailer for ‘Logan’
Poster and teaser for Guardians of the Galaxy Vol. 2

The spin-off that never happened ‘The Son of Doctor Who’ and Terry Nation’s ‘The Daleks’
Posted by Five(ish) Fangirls at 12:43 PM No comments:

Email ThisBlogThis!Share to TwitterShare to FacebookShare to Pinterest
Labels: class, doctor who, episode 111, Fantastic Beasts and Where to Find Them, marvel, podcast, Sarah Jane Adventures, spinoffs in the vortex, star wars, torchwood

Five(ish) Fangirls Episode #110: The Hero Within


The DC-TV universe (or as we call it, the Arrowverse) is complicated. With time travel, meta-humans, non-humans, The League of Assassins, people in masks, people who can fly...and that's barely scratching the surface. We talk about the good, the bad, the hilarious and downright frustrating; plus we give a mini-review of the new CW app, that allows us to stay up-to-date with our shows. Also, Rachel gives her recap of attending Kokomo-Con for the first time which included vendors, familiar faces and ending up as a cosplay judge! And a little bit of news too. 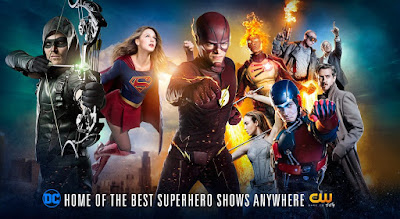 New trailer for ‘Rogue One: A Star Wars Story’
The Power of the Daleks will be shown in theatres
New Librarians tie-in book
Fraggle Rock is returning to TV

Kokomo-Con
Posted by Five(ish) Fangirls at 1:23 PM No comments:

Email ThisBlogThis!Share to TwitterShare to FacebookShare to Pinterest
Labels: Arrow, dc, doctor who, episode 110, Fraggle Rock, Kokomo Con, legends of tomorrow, podcast, Rogue One, supergirl, The CW, the flash, the hero within, the librarians


Just when you thought the news would stay perpetually quiet, New York Comic Con comes along and brings us a dump truck of news. We've got Marvel, we've got Doctor Who and a bunch of childhood nostalgia. The squee is quite strong with this one. 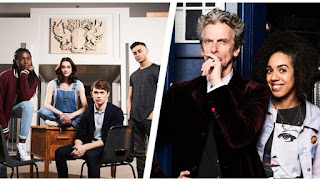 Carlos Bernard to reprise his role as Tony Almeida in 24: Legacy
Tangled: The Series trailer
New trailer for Nickelodeon’s ‘Legends of the Hidden Temple’
Teaser and premiere date for ‘A Series of Unfortunate Events’
News and first trailer for ‘Power Rangers’ movie
-Trailer


Premiere date for Marvel’s ‘Iron Fist’ on Netflix
-New trailer
More from Marvel at NYCC:
-Deborah Woll confirmed for Punisher series
-Sigourney Weaver will be the villain of The Defenders
-Hayley Atwell returning at Agent Carter
-The Wasp will be in the 2nd half of Infinity War

-A classic era writer is writing for series 10

Posted by Five(ish) Fangirls at 6:51 PM No comments:


Mr. Hyde has taken control of Storybrooke (no thanks to Rumple), Emma's having visions of her death, and the Evil Queen is on the loose. Or as our heroes on 'Once Upon A Time' like to say, Thursday. Join us as we discuss the season 6 premier, including the introduction of some not-so-fairytale'esq characters, several sub-plots and how we think having a full season this time around will pan out. Plus news (coincidentally also from the Disney company) and some new month housekeeping. 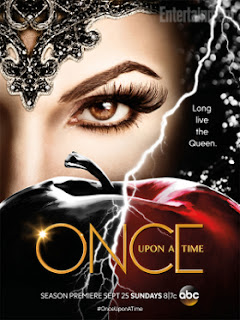 Email ThisBlogThis!Share to TwitterShare to FacebookShare to Pinterest
Labels: ABC, book club, Disney, doctor who, episode 108, once upon a time, photo challenge, pirates of the caribbean, podcast, stories yet untold, the lion king