Five(ish) Fangirls Episode #384: On The Grid

Hop on your lightcycle as we're headed to the grid! This week we take a look at the TRON franchise and its effects on the film industry and how it's reached cult status, despite it never being a box office darling. Also, no news or feedback this week, but we do have quite a bit of housekeeping. 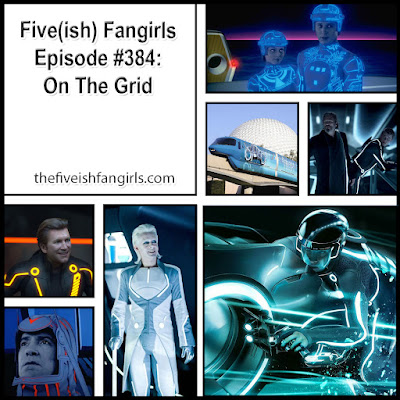 Gen Con 2022 photos are now up on our Facebook page

Interview with Erica Jones from Rollacrit also up on our YouTube

As the dust settles after the Kaylon attack, the crew of the Orville must find a way to live even with the loss of friends and Isacc's betrayal. Join us this week as we celebrate the return of one of our current favorite shows, and send out hopeful vibes to the universe that it gets another season. #RenewTheOrville Plus news, your feedback, and Rachel gives a TLDR recap of this year's Gen Con. 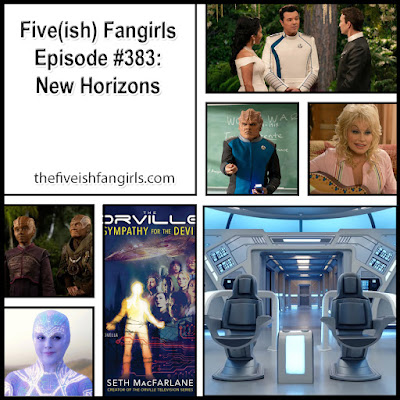 Cars On The Road trailer

All seasons of The Orville moving to Disney+ August 10

Why The Orville: New Horizons Season 4 Needs to Happen

The Orville: Scrapped Season 3 Episode to Be Released as Novella

Running into a former friend or lover can be awkward in the best of circumstances, even more so when said "ex" is now the handler of your former weapon of worth. But when you are the god of thunder you learn to roll with the changes. Join us as we take a look at the latest entry into the Marvel Cinematic Universe, Thor: Love And Thunder. Plus we've got fandom news and your feedback. 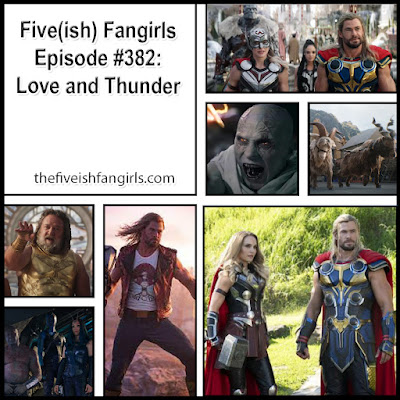 Bernard Cribbins, star of Doctor Who and Jackanory, dies aged 93

The release date for Weird: The Al Yankovic Story

It's the most wonderful time of the year! Nope, not THAT one. It's San Diego Comic-Con! We take time in this week's episode to scratch the surface of the exciting announcements from this year's event. What are YOU most excited about that's coming down the pipeline? Plus we've got non-SDCC-related news and your feedback! 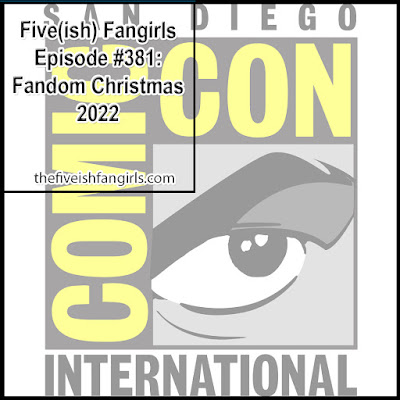 Shazam! Fury of the Gods

Posted by Five(ish) Fangirls at 9:21 AM No comments:
Email ThisBlogThis!Share to TwitterShare to FacebookShare to Pinterest
Labels: 381, dc, doctor who, dungeons and dragons, fandom christmas, fandom christmas 2022, marvel, podcast, SDCC

She's one of the newest and youngest heroes in the MCU, she doesn't even have her driver's license yet! But Kamala Kahn has already proven she will be a force to be reckoned with. Join us as we look at the first season of Ms. Marvel and how she might fit in the larger cinematic universe. Plus a little bit of news and your feedback! 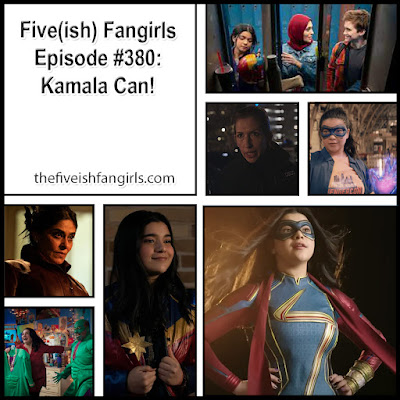 It's spring break for El and her friends, but what should be a time for fun and (possible) romance, turns into the gang's biggest ever fight for their lives. Join us in this episode as we look at the penultimate season of Stranger Things. Plus fandom news and your feedback. 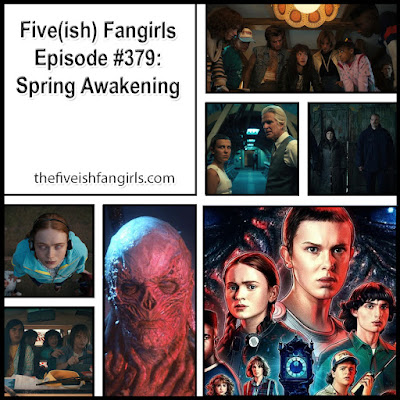 A Goofy Movie reunion at GenCon

Only Murders In The Building to get a 3rd season

We're once again pulling celebrity names out of the proverbial hat. Who will we get this time? What are the odds we'll get two celebrities who have played characters with the last name Potts? Listen and find out. Also, we have news, your feedback, and Rachel gives her recap of this year's InConJunction. 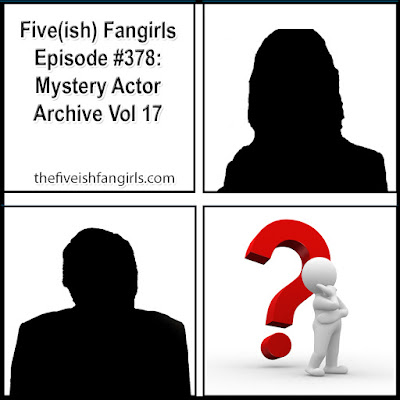 Posted by Five(ish) Fangirls at 10:27 AM No comments:
Email ThisBlogThis!Share to TwitterShare to FacebookShare to Pinterest
Older Posts Home
Subscribe to: Posts (Atom)