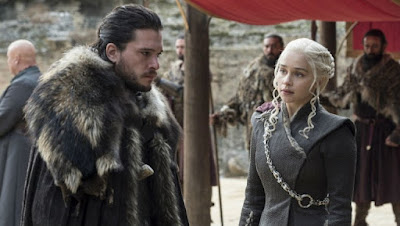 The DisExplorers Podcast
Disney, Indiana Podcast
The Wisdom of Walt
Yehaa Bob
Posted by Five(ish) Fangirls at 6:27 PM No comments:


Gen Con 50 is now in the books, and once again the "Greatest Four Days In Gaming" was packed full of fun things to do. Join us as Rachel gives her recap of this year's con, and give a listen to the interviews she conducted as well. 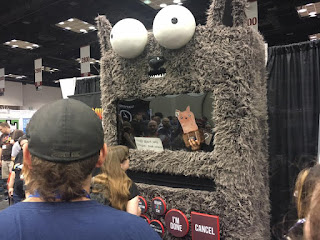 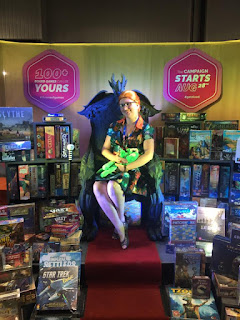 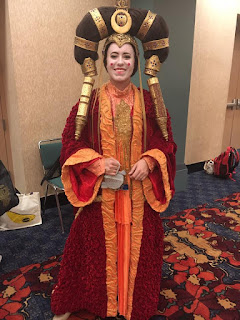 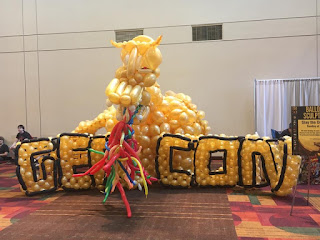 The chess pieces are in full play in Westeros, with the Night King and the army of the dead approaching, the stakes have never been higher. The emotions have been high, so much that we couldn't wait to talk about season 7 after it was over. So join us as we discuss the season so far, well as best as we can between the tangents and squee. 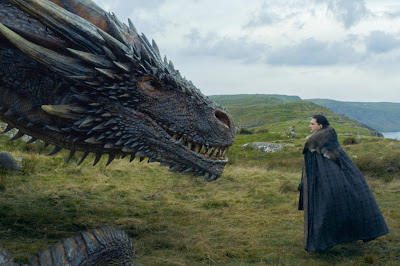 Victor Pemberton, creator of the Sonic Screwdriver, has passed away

I'll be the first to admit, I'm not a gamer. I play Farmville 2, Doctor Who Legacy and Frozen Freefall. I wouldn't know Settlers of Catan from D&D if my life depended upon it, so it might seem odd that I'd be attending Gen Con again this year. And while a majority of the Gen Con attendees spend all 4 days playing their game of choice, there's also the option to participate in demos of new games and maybe find a new favorite. Last year I discovered Happy Salmon and finally got to play the uber-popular Exploding Kittens. This year, I've got my eye on a few new games that I hope to try* during the "Greatest Four Days In Gaming":

-From Czech Games (Rooms 231 & 232): Codenames Duet and That's A Question! (if you want to get a jump on the crowds, both are available for pre-order and can be picked up at Gen Con)

Codenames Duet keeps the basic elements of Codenames — give one-word clues to try to get someone to identify your agents among those on the table — but now you're working together as a team to find all of your agents. (Why you don't already know who your agents are is a question that Congressional investigators will get on your back about later!)

The party game That's a Question!, takes the familiar format of challenging others with questions, then voting on what they'll say. 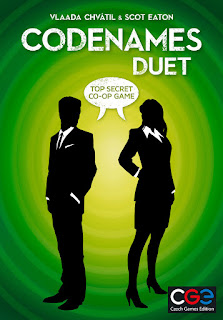 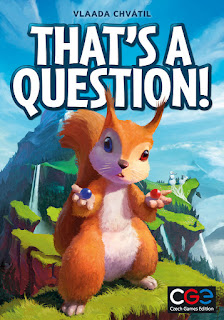 A fast-paced, fun-filled, family card game where players are princesses matching cards to cast hilarious spells to escape from their towers. Up to 8 princesses can play, so it's great for families, parties, and even fancy balls. 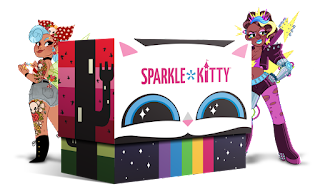 Play as your favorite characters and defend the wizarding world from evil forces. Enhance your abilities as you build your deck with over 140 cards. Seven successive game adventures offer increasing difficulty  as you battle Villains and unlock new abilities, secrets and challenges.

Venture into the Forbidden Forest with The Monster Box of Monsters, the highly anticipated expansion to HARRY POTTER™: HOGWARTS™ BATTLE! Play as Harry, Hermione, Ron, Neville or Luna Lovegood™ as you face frightening creatures and challenging encounters. Beware of any wrongdoing that might earn you detention! Only working together to defeat the evil forces and protecting iconic locations will make the Wizarding World safe once and for all! 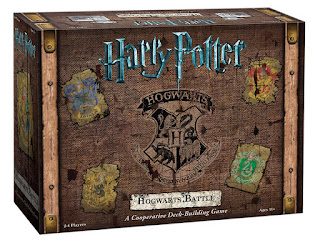 The Disney Family Edition of Codenames combines the hit social word game with some of Disney’s most beloved properties from the past 90 years. Two Cluemasters give one-word clues to help their teammates identify the Disney characters, locations and items from a 25 card game grid.  Including both pictures and words, it’s family fun for Disney fans of all ages. 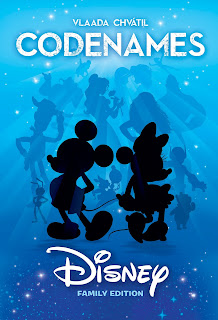 One secret word and 16 possible options. Everyone knows the secret word except for the Chameleon – but who is the Chameleon?
Your mission is simple. Using one word each, players must prove their innocence and catch out the imposter. But be careful: choose a word that’s too obvious and you might give away the secret word. Choose a word that’s too vague and people might start to think that you’re the guilty one.
Fresh from the mind of Rikki Tahta (Coup) and crafted by Big Potato, The Chameleon is a game of suspense, trickery and some serious mob mentality. 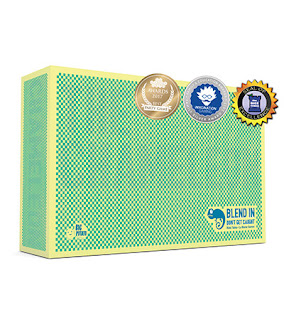 *Not every game that debuts at Gen Con is available for official demos in the companies' booth, sometimes you have to sign up like you would for other gaming. Always check the events catalog to see if signing up is necessary.
Posted by Five(ish) Fangirls at 6:00 AM No comments: 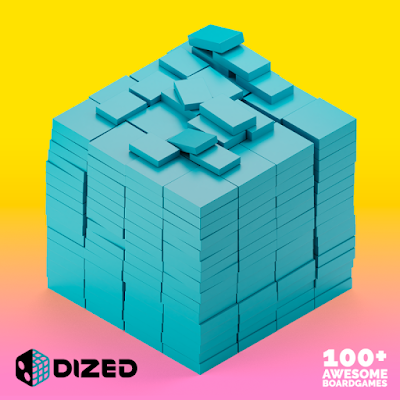 The Five(ish) Fangirls Podcast receives press releases from various outlets as members of the media. We only share items that we think will be of interest to the podcast's followers. Some posts may contain affiliate links, but any opinions on behalf of the author(s) are all our own.
Posted by Five(ish) Fangirls at 7:18 AM No comments:


Happy Epi-versary! For episode 150, we dive back into the hat and pull out 3, count them 3, names of actors/actresses to talk about. Coincidentally all 3 of our actors have ties to Marvel properties: Hugh Jackman, Karen Gillan and Natalie Portman. 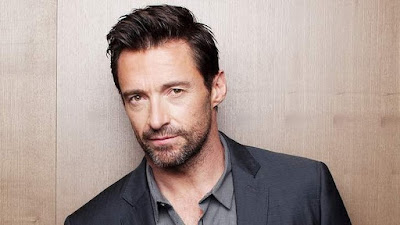 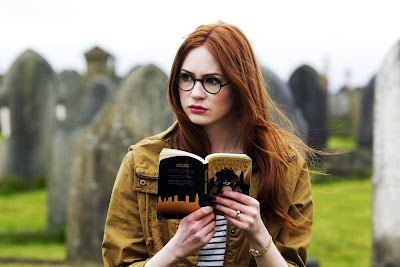 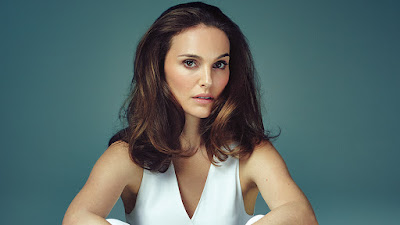 Harry Potter alumni Robert Hardy has passed away
Agents of SHIELD S5 will premiere sooner than expected
Posted by Five(ish) Fangirls at 6:45 PM No comments: