It's time once again to check in on what we've been reading/watching/doing when we aren't working or podcasting, with a few tangents thrown in for good measure :-) Make sure you check the show notes for titles and links we reference. Plus the news and your feedback! 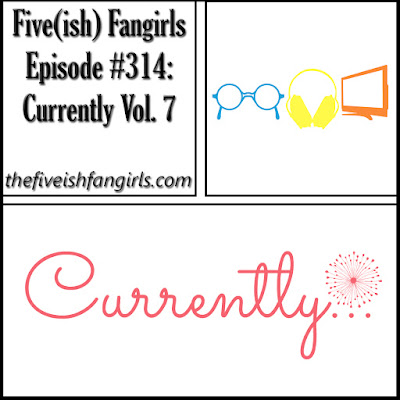 Rachel on the Brandon Peters Show Old Space Show: Attack of the Cybermen

Rachel on Next Stop Everywhere: Terror of the Vervoids

Working Together: Why Great Partnerships Succeed

Posted by Five(ish) Fangirls at 1:43 PM No comments:

Five(ish) Fangirls Episode #313: A Story Worth a Hearin'

Time to shake off your cabin fever and sail the big blue thing! This week we take a look at the movie 'Muppet Treasure Island'. Do you have what it takes to become a professional pirate? Plus we cover the news and your feedback. 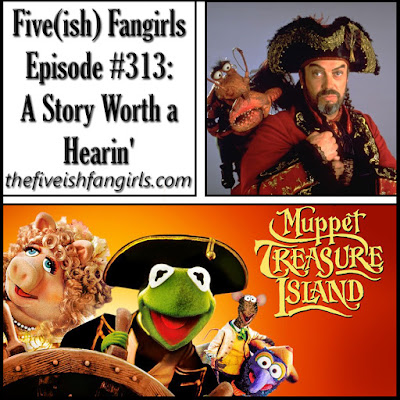 -Go Fund Me to help with expenses

The Duke and Duchess of Sussex are expecting baby #2

Part 2 of Trial of a Timelord on Next Stop Everywhere

Muppet Treasure Island - The Tale of the Story Beyond the Tale

Behind the Scenes Muppet Treasure Island (Part 1 of 2)

Behind the Scenes Muppet Treasure Island (Part 2 of 2)

Posted by Five(ish) Fangirls at 3:19 PM No comments:

"To the big bells as loud as the thunder. To the little bells soft as a psalm. And some say the soul of the city's the toll of the bells, the bells of Notre Dame"
This week we take a look at the 1996 Disney animated feature film 'The Hunchback of Notre Dame'. From the source material written by Victor Hugo to a rather philosophical discussion about the complex themes in the animated film, we cover quite a bit. Plus some news and some housekeeping. 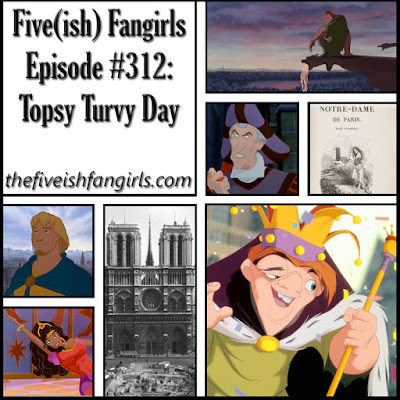 Rachel on Next Stop Everywhere The Doctor Who Podcast

Making of “The Hunchback of Notre Dame” studio cast recording

The making of Disney’s “The Hunchback of Notre Dame”

Lindsay Ellis: The Case for Disney’s “The Hunchback of Notre Dame”

How Disney’s “HellFire” Illuminates the Struggle of the Subconscious

The Hunchback of Notre Dame OST - God Help the Outcasts

Posted by Five(ish) Fangirls at 5:29 PM No comments:

Since her debut in the 1940s, Wonder Woman has been a beacon of strength and feminist ideals. Now she's seen a resurgence in popularity with her appearances in the DC cinematic universe. Join us along with our special guests: Charles Skaggs (Next Stop Everywhere, Drunk Cinema) and DJ Nik (Gold Standard, Whiskey and Cigarettes Show) as we do a deep dive into the history of the Diana Princess of the Amazons. Plus some news and your feedback. 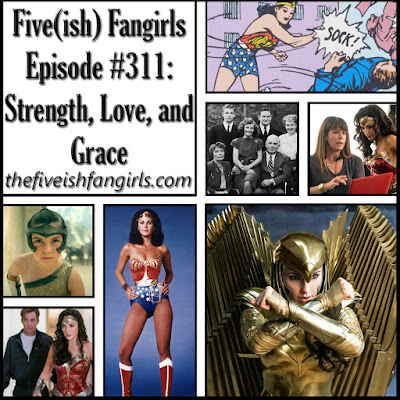 ‘Saved by the Bell’ star Dustin Diamond dead at 44

Posted by Five(ish) Fangirls at 3:41 PM No comments: