Whether they're covered in feathers or made out of metal, these critters are some of the best companions members of our fandoms will ever have. Join us as we count down our Top 10 Favorite Fandom Pets! Plus a very slow news week, and some housekeeping about why there might not be a new show next week. 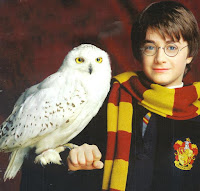 
The X-Files is returning again
Jared published a book! “The Long Black”
Ryen and Gatsby
Great Gatsby Corgi
Posted by Five(ish) Fangirls at 8:41 PM No comments:


This just in, Doctor Who is back! Peter Capaldi's Doctor has returned for Season 10, and we've got a new companion in Pearl Mackie's Bill Potts. Join us as we give our thoughts on the return of Doctor Who and the Doctor's new companion. Plus Rachel gives her recap of Indiana Comic Con. Also, quite a bit of news including GenCon expanding for their 50th Anniversary year; some casting news and quite a bit of exciting stuff from Star Wars Weekend. 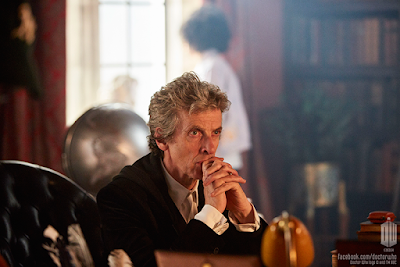 
Daisy and Simmons have entered the Framework, and while a few things are familiar, many more things are too eerily different for comfort. Join us as we discuss the start of the 'Agents of Hydra' arc on Agents of SHIELD. Plus a LOT of news that causes us to rant and squee! 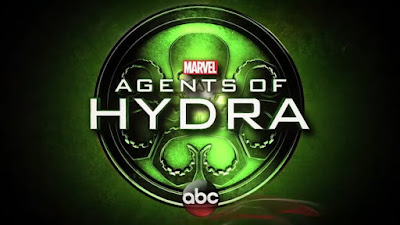 X Files to return in audiobook form
This year’s Disney Legends honorees
Class Doctor who to move to BBC streaming service
S10 of Doctor Who will “melt our brains”
-Is this said spoiler?

Posted by Five(ish) Fangirls at 4:52 AM No comments:

*Spoiler Alert!* A Familiar Face To Return To Doctor Who In Season 10 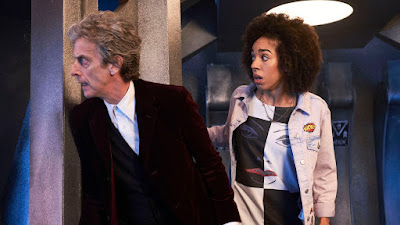 With the return of Doctor Who days away, Mofatt and crew have been trying to build up the hype for the introduction of a new companion and what will be Peter Capaldi's final season as the Doctor. At a recent press event, Steven Moffat (also in his last season as show runner), he mentioned that the teaser for episode 2 that will air at the end of the premiere episode will ""there is, frankly, an enormous spoiler, a spoiler that may actually melt your brains." Well today, the Doctor Who Facebook page posted an article that we're guessing is that brain melting spoiler..... 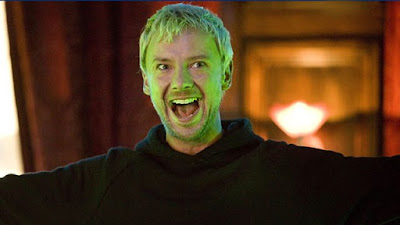 
That's right, John Simm is returning as The Master! Apparently we're going to get all timey-wimey and the current incarnation of the Master, aka Missy (played masterfully by Michelle Gomez...pun intended) is going to come face-to-face with a previous incarnation of herself. Having multiples of the same Time Lord together isn't something new for Doctor Who, the Doctor has met up with himself several times, but two of the Master together sounds like a recipe for destruction.

While some of us are excited, some of us are on the fence about this announcement. But we can all agree, that we can't quite figure out WHY Doctor Who announced it in a way that spoiled everyone who'd visit their Facebook page. They posted the article linked below, and even without clicking on it, you see John Simm's face and a headline that holds nothing back. 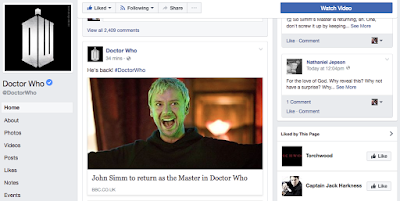 River Song would not approve....

Considering the brain melting spoiler Moffat warned out literally comes with a countdown in the teaser so you can avoid it, posting this on Facebook for all the world to see seems a bit bass-ackwards.

And if, by chance, this isn't the brain melting spoiler Moffat was referring to, then heaven knows what were in for....but you can be we'll be turning in for every single moment.


Do you want to play a game? This past weekend, Rachel certainly played a few at this year's Who's Yer Con in Indianapolis. Give a listen has she tells you about her experiences playing new games, interviewing folks, and even ending up on another podcast a couple of times. Plus we have quite a bit of news and even some feedback! And make sure to stay tuned to the end of the show for a couple of interviews! 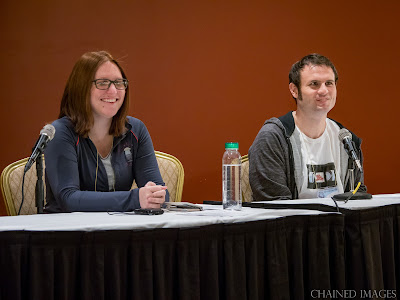 Posted by Five(ish) Fangirls at 1:12 PM No comments: