25 years ago, the Power Rangers jumped from our TVs to the big screen with their first feature film. With new Zords, new uniforms and a new enemy, the Rangers securely placed themselves in mid-90s nostalgia. Join us as we take a look at this childhood favorite, from how it may or may not fit into the larger Ranger cannon, and behind-the-scenes info you may have not known about. Plus news and your feedback. It's morphin' time! 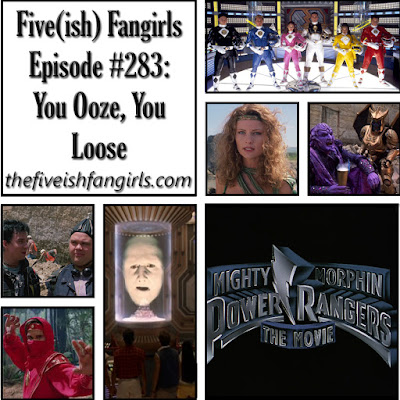 Down in New Orleans (finale)

We're back after a short break. And while we were gone, the news got a little piled up. So this week we take a look at some of the fandom news that's been making headlines. Plus Rachel talks a bit about her vacation: including what it's like to travel during the pandemic, some attraction highlights, and meeting Holly! 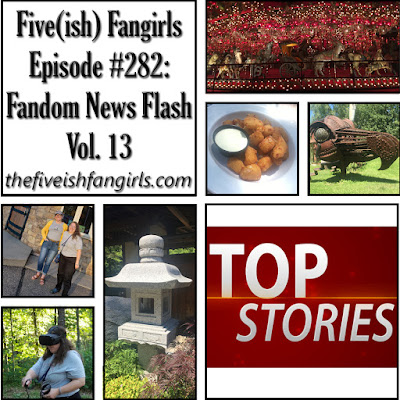 Lord of the Rings Star Ian Holm Dies at 88

Rory Williams, the Lone Centurion, gets his own audio drama series

-Give Kids The World closure

The Sinister Secret of Saltmarsh: A D&D Adventure (Session 6)

Our gang finds themselves once again in the mansion, in the basement. They ventured through the other hidden door, the one by the beds, and discovered a series of tunnels carved into the rock. A number of the paths were dark and musty, but a seemingly defined pathway was lit with torches mounted to the rock walls. Voices could be heard in the distance, so the group had to move quietly. Using her small size and stealthy nature to their advantage, Betty manages to get close enough to count the number of bodies in a nearby cove; including the huge hobgoblin guarding the entrance. Managing to get far enough away to make a plan unheard, it is decided that Leah will use an invisibility spell on Betty, her small stature allowing her to move practically silently and hopefully get in a sneak attack on the guard while the others come in behind her to take the rest by surprise. Unfortunately, their plan fails as Betty only manages to give the guard an unintentional hug instead, spoiling the surprise. Grossly outnumbered, the ladies find themselves battling for their lives within the tight confines of the tunnel system. Thankfully they do have a new ally, Enya’s wolf Ember, has returned from the Druid healers and is ready to take a chunk out of some bad guys, literally. Ember’s fighting prowess is just what they need to take down the large group of smugglers, including their supposed leader who’s as well versed in magic as they suspected and feared. The smugglers are defeated, leaving behind evidence of their shady business practices along with a handy rowboat. The ladies know that this contraband needs to be taken into town, but there’s still the matter of the top floor of the mansion that has yet to be investigated.
Ghosts of Saltmarsh https://dnd.wizards.com/products/tabletop-games/rpg-products/ghosts-saltmarsh
Roll 20 https://roll20.net/
Our blog: http://thefiveishfangirls.com
Twitter: @fiveishfangirls
Email: fiveishfangirls@gmail.com
Become a supporter on Patreon: http://www.patreon.com/FiveishFangirlsPodcast
Support us by shopping Amazon through our link
We have merch! https://www.redbubble.com/people/fiveishfangirls
All music courtesy of the YouTube music library
Posted by Five(ish) Fangirls at 3:34 PM No comments:
Email ThisBlogThis!Share to TwitterShare to FacebookShare to Pinterest
Labels: dungeons and dragons, Fiveish Fangirls, ghosts of saltmarsh, live play, podcast, roll 20, rpg

As the world counts down to the end of 1999 to ring in a new millennia, the Doctor is in a race against time to stop the Master from destroying all of reality. Join us as we celebrate our 6th podcasting birthday by going back to our Whovian roots and taking an in-depth look at the 1996 made-for-TV Doctor Who movie. We're joined by Nik from Happiness In Darkness-The Superhero Movie Podcast as we peel back the layers on this interesting piece of Doctor Who cannon. Plus an announcement and some housekeeping. 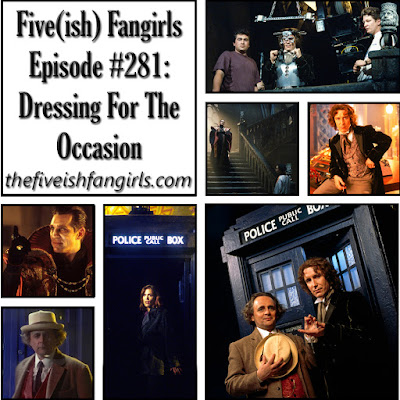 Doctor Who: The Doctor, Chang Lee and Grace Part Ways

It's time for one last mission. Coulson (well this version of him) and crew are time traveling once again, this time to try and save SHIELD before it even begins. Join us as we take a look at the premiere episode of the final season of Agents of SHIELD. Plus news, your feedback, and an announcement! 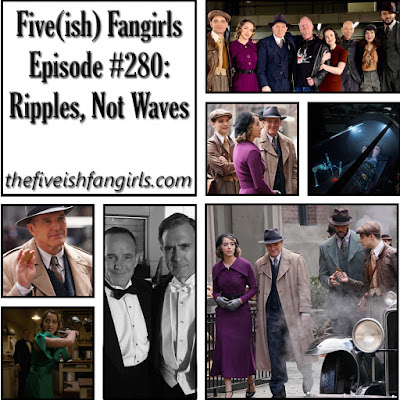 The Sinister Secret of Saltmarsh: A D&D Adventure (Session 5)