Join us this week for a different kind of discussion. We take a look back at what we accomplished with the podcast last year, but also look forward to our goals for 2019. And in the midst of our tangents and rambling, we ask for your help in making our main goal a reality. The goal: Finally getting all of us in the same place at the same time. It won't be easy, but with your help we're willing to put in the work to make this happen. 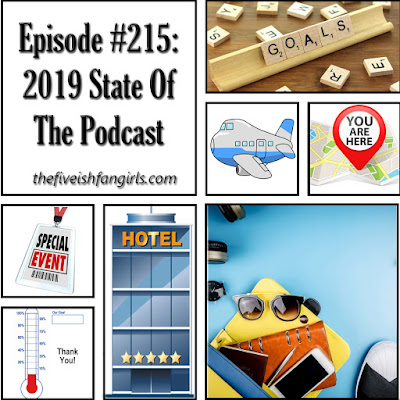 
2018 was full of movies, TV shows, books and more. But what were some of our personal favorites? Join us as we dive into a number of things that make us excited last year. Plus news and your feedback. 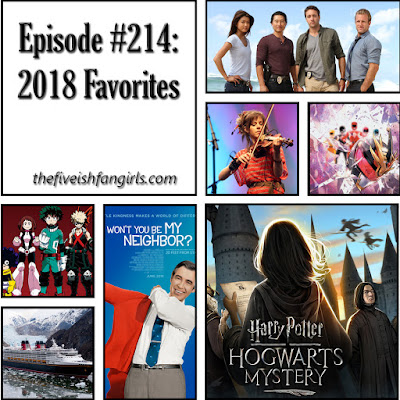 
It may be 2019, but we're going to take a moment to look back at some of the notable and noteworthy events and pieces of news in fandom in 2018. Plus a very light news week, but we still have tangents for you! 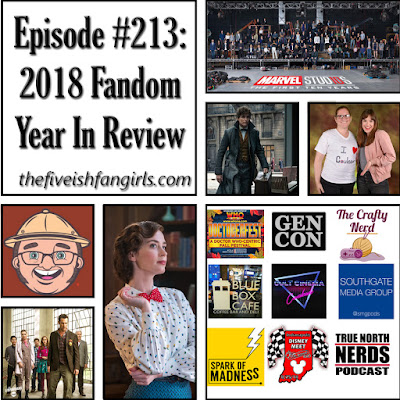 
Happy New Year! We're back after the holiday break with a packed episode for you. We discuss and review the Doctor Who New Year's Day special 'Resolution'. Rachel gives her recap of Pop Con Fort Wayne, and includes her interview with actor Barry Bostwick (Rock Horror Picture Show, Spin City). Plus news, which includes several tangents and mini-movie reviews, and your feedback! 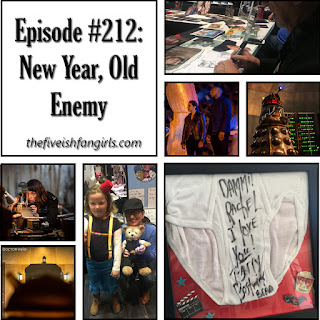 But that’s not all. Along with the immersive exhibit you’ve already heard so much about, a new multimedia experience will be opening on the SAME day downstairs in our Schaefer Planetarium and Space Object Theater! And there's going to be some amazing Star Trek connections! 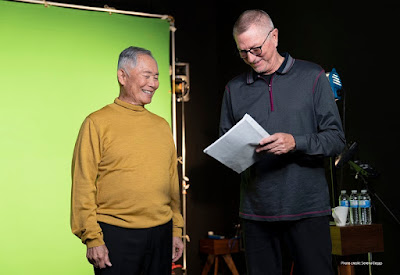 -George Takei will be the voice in the film and immersive sound and light show, The Future is Here—How Sci-fi Becomes Reality!

"From computers and information storage to communicators and video-phones, to the U.S. space program itself, Star Trek and other science fiction works have influenced reality. We hope this new film and multimedia experience inspires a new generation to become the futuristic designers of tomorrow." 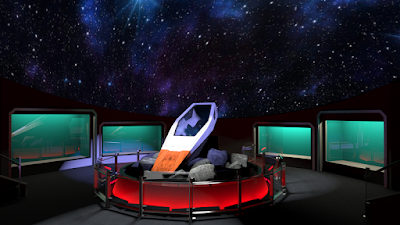 -A Kelvin Pod movie prop used in Star Trek: Beyond (2016) will be the new centerpiece of the Space Object Theater, with extraordinary artifacts from a variety of Star Trek movies and films surrounding it—yes, even MORE than what will appear in the exhibit! This is the first time the pod has ever been displayed in public.

Other items on display in the Schaefer Planetarium and Space Object Theater include:
● The filming model of the planet Excalbia from the original series episode, The Savage Curtain
● The parka that protects Ambassador Spock (Leonard Nimoy) from the arctic chill on the planet Delta Vega in Star Trek (2009)
● The suit that allows Captain Kirk (Chris Pine) to space-jump between starships in Star Trek Into Darkness (2013)
● A uniform worn by Lt. Uhura (Nichelle Nichols) in the original series
● Books, artwork, and 3D objects that show visions of the future of space travel throughout time

The exhibit Star Trek: Exploring New Worlds, as well as the film featuring the voice-work of George Takei and the multimedia experience premiering in the Schaefer Planetarium and Space Object Theater, all open on Feb. 2! Opening Day festivities will include performances by our friends Five Year Mission, and so much more.

The multimedia experience in the Schaefer Planetarium and Space Object Theater will remain open well beyond the close date of the Star Trek: Exploring New Worlds exhibit, which closes April 7.

● Both the exhibit and multimedia experience are included with museum admission.