Five(ish) Fangirls Episode #231: A Diamond In The Rough


Well, Ali Baba had them forty thieves. Scheherazade had a thousand tales. But master you're in luck, 'cause up your sleeves, you got a brand of magic, never fails.

Join us on this week's episode as we look into the Disney franchise that is Aladdin. From behind-the-scenes drama, to Disney park attractions, to a hit Broadway musical...the street rat turned Prince Ali has made a lasting impression in popular culture. Plus news and your feedback! 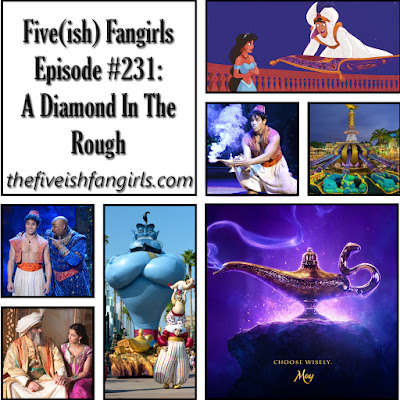