Five(ish) Fangirls Episode #291: Who Is The Real Savage?

The history of Pocahontas is mired with myth and mystery. And while her story has been told in many forms, the 1995 Disney animated feature film is not a shining example of historical storytelling, even with the Disney lens. Join us as we attempt to wade through the murky waters of Pocahontas' story and dissect the Disney film. Plus news, your feedback, and some housekeeping.

Become a supporter on Patreon: http://www.patreon.com/FiveishFangirlsPodcast

Support us by shopping Amazon through our link

Get a FREE 30 day trial on Audible http://www.audibletrial.com/FiveishFangirls 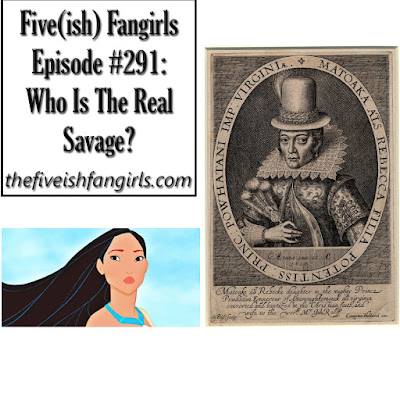 Rachel will be attending the Hammond Public Library Virtual Fanfest

Pocahontas was a mistake, and here’s why!

Pocahontas, Beyond the Myth (The Smithsonian)

Just Around the Riverbend - Pocahontas

Pocahontas - Colors Of The Wind

Colors of the Wind - End Title