*Correction: Rachel accidentally says that this is episode #310, but it's #309. Whoops! After 300+ episodes it was bound to happen eventually.
The legend of Atlantis has fascinated people for centuries. And in 2001 Disney jumped in with their own story, with the animated feature film "Atlantis The Lost Empire". Join us as we take a look at this hidden gem, what they got right, and should this be added to Disney's schedule of live-action remakes? Plus some news and your feedback! 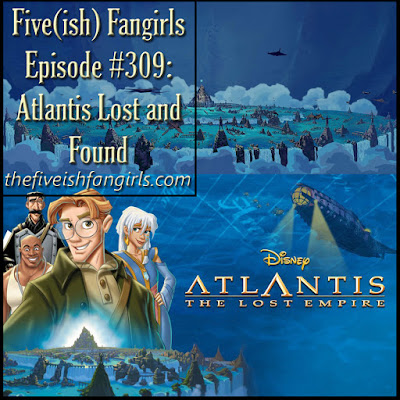 Legend of Atlantis - Drain The Oceans

Throwback Breakdown: Atlantis The Lost Empire - Better Than You Remember

The Lost City of Atlantis

Posted by Five(ish) Fangirls at 12:30 PM
Email ThisBlogThis!Share to TwitterShare to FacebookShare to Pinterest