It's a teenage wasteland where we won't get fooled again! Join us as we celebrate the 50th anniversary of the epic album that is 'Who's Next' from legendary English rock band the Who. Plus news and your feedback. 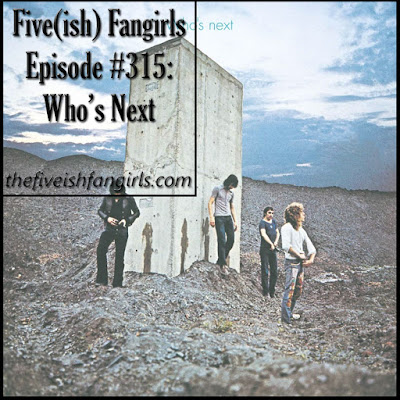 Spider-Man No Way Home coming to theatres this Christmas

The Who: Baba O’Riley

The Who: Won’t Get Fooled Again

Posted by Five(ish) Fangirls at 3:35 PM
Email ThisBlogThis!Share to TwitterShare to FacebookShare to Pinterest
Labels: 315