Five(ish) Fangirls Episode #334: Back In Black

In the summer of 1991, the 5th studio album of a then lesser-known heavy metal from San Francisco was released, changing the fabric of music and popular culture forever. That band was Metallica and the album was and is known as 'The Black Album'. We are once again joined by Chauncey, our resident Metallica expert, as we celebrate the 30th Anniversary of the album. Also, no fandom news this week but we do have your feedback! 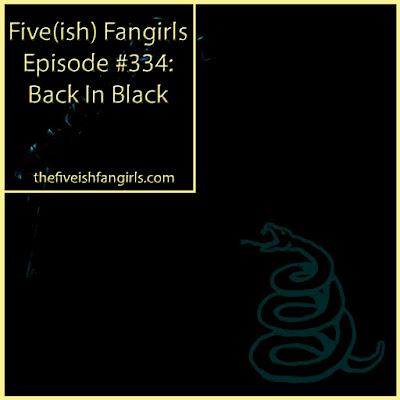 Email ThisBlogThis!Share to TwitterShare to FacebookShare to Pinterest
Labels: 334