What happens when a teenager finds out that not only is she a princess but also the heir apparent of said monarchy? If you're Mia Thermopolis a lot of hilarity and hijinks will ensue. Join us this week as we take a look at the pair of Princess Diaries films: how they defer from the source material, some historical context, and speculation about the much-anticipated 3rd film. Plus some news and your feedback! 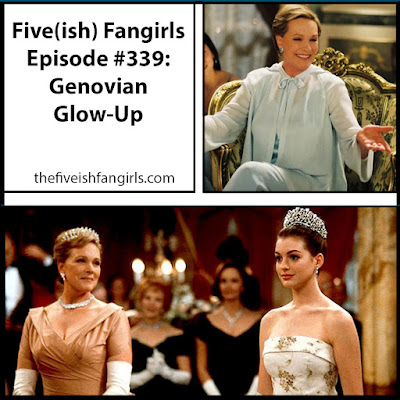 Our blog: http://thefiveishfangirls.com
Twitter: @fiveishfangirls
Email: fiveishfangirls@gmail.com
Become a supporter on Patreon: http://www.patreon.com/FiveishFangirlsPodcast
Support us by shopping Amazon through our link
We have merch! https://www.redbubble.com/people/fiveishfangirls

The Princess Diaries, Lost in Adaptation - The Dom

Email ThisBlogThis!Share to TwitterShare to FacebookShare to Pinterest
Labels: 339