When the fate of the literal universe is at stake, there is only one person who can save the day, the Doctor! Sometime even more than one ;-) Join us as we take a look at Jodie Whittaker's final full series before she departs the TARDIS forever. We analyze the new additions to the lore and speculate what might happen when we get a new Doctor next year. Plus some news, your feedback, and some housekeeping. 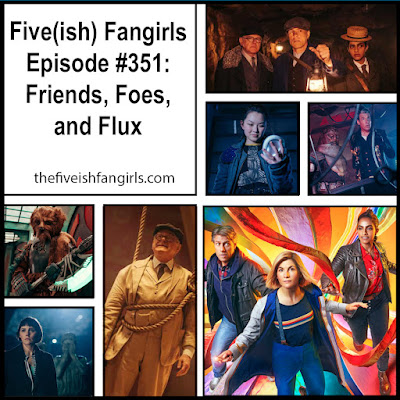 Doctor Who license with Big Finish extended through 2030

Posted by Five(ish) Fangirls at 10:44 AM
Email ThisBlogThis!Share to TwitterShare to FacebookShare to Pinterest
Labels: 351, doctor who