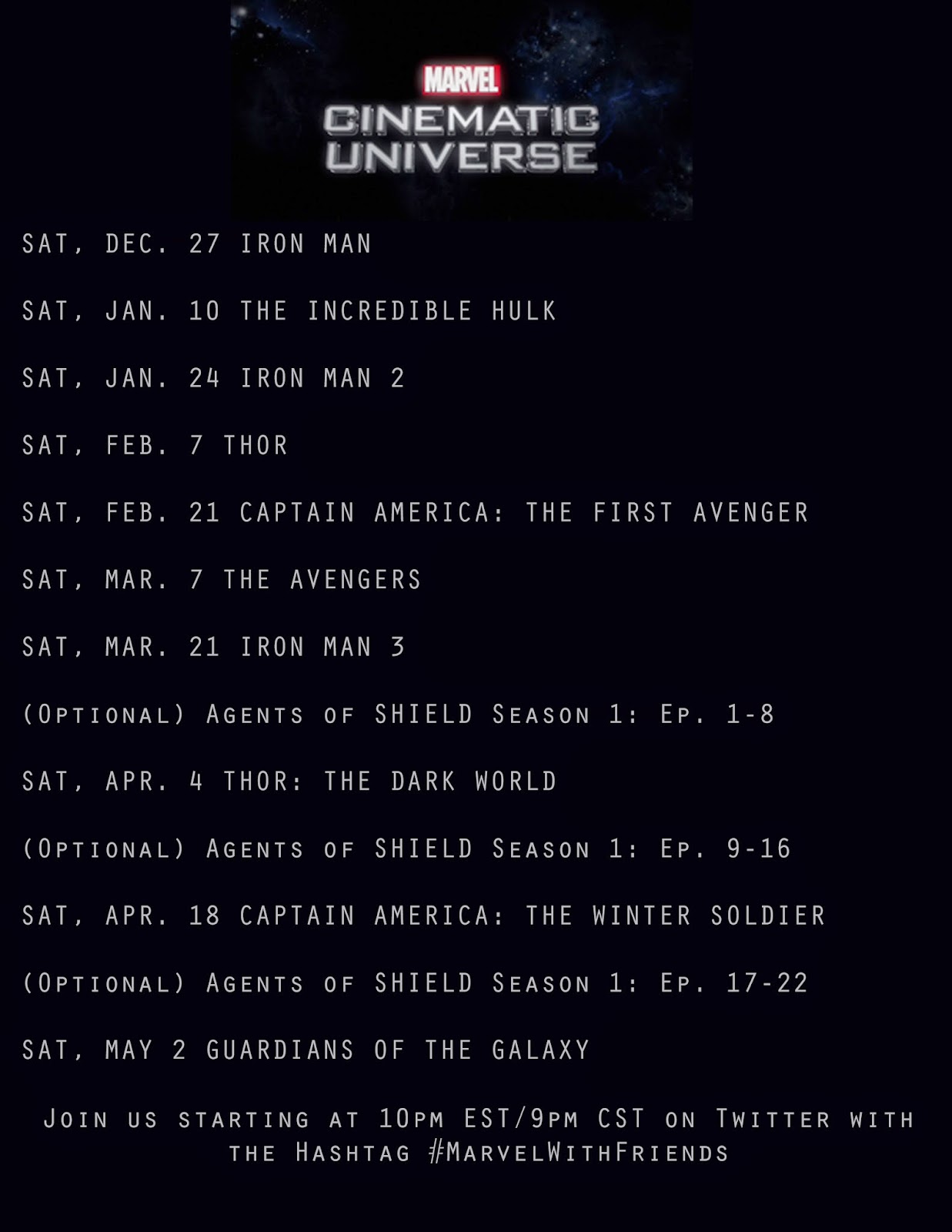 So mark your calendars, and we hope to see you on Twitter for #MarvelWithFriends
Posted by Five(ish) Fangirls at 3:29 PM
Email ThisBlogThis!Share to TwitterShare to FacebookShare to Pinterest
Labels: Agents of SHIELD, captain america, guardians of the galaxy, Iron Man, marvel, marvel with friends, movies, The Avengers, the incredible hulk, thor, twitter