For many people, Labor Day weekend is a extended weekend to relax as summer winds down. For Chrissy and Mich, it meant time spent at their respective home conventions: Salt Lake Comic Con and Fan Expo Canada. Both will fill us in on what they saw, what they did and what they bought #TheDealersHallStrikesAgain 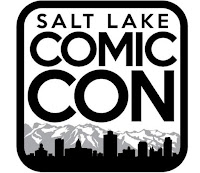