Five(ish) Fangirls Episode #343: We Scare Because We Care

Beware! This week's episode contains MONSTERS that might make you scream....with LAUGHTER! Join us as we travel to the world of Monstropolis with Mike, Sulley, and the rest of the Monsters, Inc gang. Plus the news, your feedback, and some housekeeping. 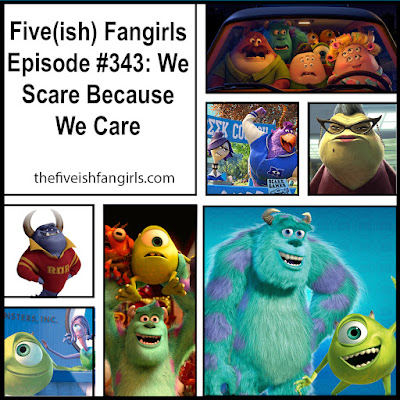 October Patreon Indiana Jones and the Last Crusade (with Holly)

Posted by Five(ish) Fangirls at 12:26 PM
Email ThisBlogThis!Share to TwitterShare to FacebookShare to Pinterest
Labels: 343