*Content Warning, not for young ears! CW: mentions of drug use, child abuse, and suicide
In the post-Vietnam era, the United States was seeing a major cultural change. This included a surge of conservative ideals and concern about anything that might expose children to anything considered "demonic". This "Satanic Panic" would have ripple effects across many avenues including popular culture. We take a look at some of the events that made headlines, along with the made-for-TV film that was loosely "inspired" by one of them. 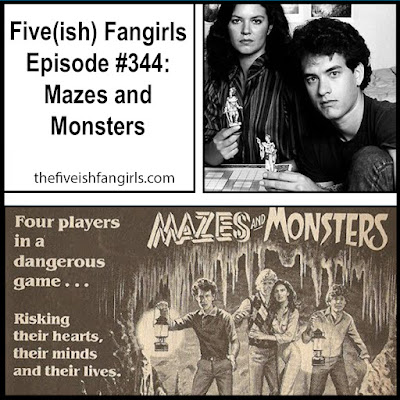 Understanding the Satanic Panic | Prism of the Past

The Controversial History of Dungeons & Dragons

The Satanic Panic of the 1980’s vs Dungeons and Dragons

Posted by Five(ish) Fangirls at 4:27 PM
Email ThisBlogThis!Share to TwitterShare to FacebookShare to Pinterest
Labels: 344