We're back again with pulling names out of the proverbial hat! This time we're looking into the careers of two celebrities. Which box office juggernaut holds a Guinness World Record as the world's highest-grossing actor? And which TV and film star rose to prominence in an ITV historical series after replacing a future Doctor Who star? Plus your feedback, some tangents, and several giggles. 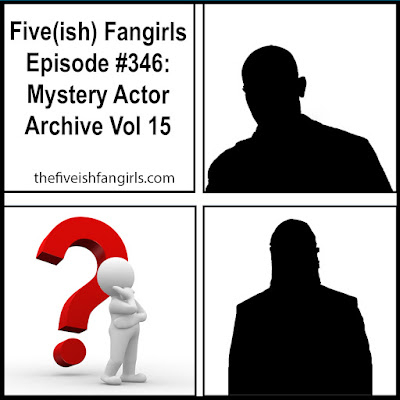 Posted by Five(ish) Fangirls at 3:49 PM
Email ThisBlogThis!Share to TwitterShare to FacebookShare to Pinterest
Labels: 346